Tourism in Bali – What has it meant to the island?

Home > Intern Updates  > Tourism in Bali – What has it meant to the island?

07 Apr Tourism in Bali – What has it meant to the island?

Posted at 05:46h in Intern Updates by Bali Institute

Areas frequented by tourists are bound to be affected by the industry. Tourism is often seen through changes in the economy and new employment opportunities that may be created, but beyond this, tourism can have cultural effects. Bali is an interesting case to explore this cause and effect relationship, because the effects and levels of tourism have been very different at different points around the island. Tourism to Bali is also relatively new, and has gone through periods of extreme highs and lows since becoming a mainstream tourist destination.

Up until the 1970’s, Bali was still relatively unaffected by tourism. Sure, there were explorers who came to see the relatively unknown, but they were exploring a very different Bali than you see today. Since that time, tourism in the south of Bali, especially Kuta and Denpasar, has skyrocketed and drastically changed the landscape of those areas. As these areas travel further from their original state, other areas in Bali are becoming more attractive to tourists interested in ‘traditional’ Balinese culture, which is in turn changing the landscape of these areas. Meanwhile, other more rural areas of Bali, continue to follow old traditions and live similarly to how they did in the mid 1900s.

Tourism to Bali continues to grow – more and more resorts continue to be built where rice paddies once stood, fewer and fewer Balinese are leading traditional lives as they go into the tourism industry instead, where more money can be made (theoretically). So is this good for Bali? Have the changes that have taken place in Kuta and Denpasar improved the regencies? They are definitely wealthier, but Kuta is no longer ‘Kuta’ as it used to be – it is party central on the island, and the culture and history are, in some ways, being brushed away. 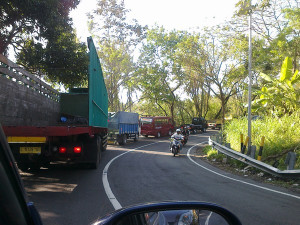 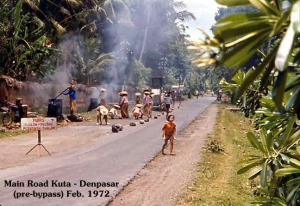 In the 1970s there was a plan to develop tourism in Bali, to promote the island as the ‘showcase’ of the country and its tourism. Before this time, Kuta was a small costal village, whose population of 9,000 was mostly poor. The two main industries were farming and fishing, although neither of these were consistent forms of income. Because of Kuta’s accessibility from the airport and vast beaches, when tourism in started blowing up in Bali, Kuta had a big draw – the number of hotels increased from 2-100 in five years and by 1980 a third of the tourist visiting Bali were going to Kuta.

Kuta went from a small beachside village to large city. Cultural tourism, while still an attraction in other parts of the island, is rarely the reason people go to Kuta. This drastic change has provided economic prosperity to the area, but has transformed it to another word. 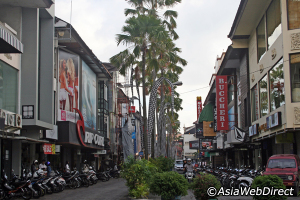 So what is right for Bali, and who has the power to decide? Will more areas of Bali continue to move further and further from its traditional style or will the culture bepreserved in an economical way (similar to the ideas in the article attached to our last Subak post, where rice paddies can be made into a sustainable tourist attraction)? Only time will tell!