Spend a magical 11 days connecting with the Balinese culture through captivating excursions to temples and palaces, meaningful conversations with cultural leaders, and visits to organizations helping to address some of the island’s greatest challenges. We are thrilled to share with you many of the people, places, and activities that we’ve come to truly treasure over our 15 years on the ground in Bali. This journey is sure to inspire you in ways you never imagined. 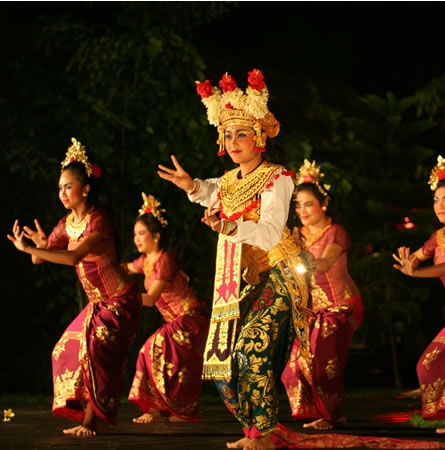 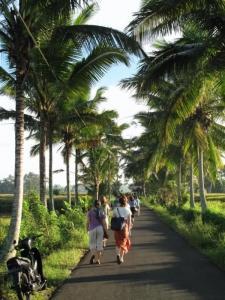 The activities listed above are based on availability and program scheduling considerations, and are subject to change.

Note:  There are often special ceremonies and rituals that happen on the spur of the moment.  We will make every effort to accommodate unplanned events that will add evermore to this spectacular trip.

Like many islands, Bali has developed a world of its own. Daily life is culturally linked to satisfying and appeasing the gods, spirits and demons as the local people celebrate the eternal struggle of “Good and Evil”, the very essence of this largely Hindu island. In the midst of breathtaking panoramas of cultivated rice terraces, impressive volcanoes and pristine beaches, lies Bali’s main volcano, Gunung Agung. It is still active and considered sacred among local people, as it is believed to be the center of the universe.

The island is small, just 140 km by 80 km and lies between Java, the most highly populated and influential of all the islands, and Lombok, one of the quieter and moderately slower paced islands. Lying just 8 degrees south of the Equator, the island offers a tropical climate with just two seasons a year and an average temperature of around 28 degrees Celsius. It is one of the twenty six provinces of the Republic of Indonesia, divided administratively between eight districts that take their names and boundaries from the island’s old Hindu kingdoms.

Economically and culturally, Bali is one of the most important islands of Indonesia. Rice is grown on irrigated, terraced hillsides. Other crops include sugar cane, coffee, copra, tobacco, fruits and vegetables. Cattle and hogs are also raised. The Balinese are skilled artisans, particularly in painting, woodcarving and in fashioning objects of tortoiseshell and of gold, silver and other metals. The people are noted for their traditional dance, the distinctive music of the gamelan and for their skills in arts, sculpture, weaving, and jewelry.

Filled with charm, culture, mysticism and some of the most magnificent scenery on earth, Bali has enchanted visitors for centuries. Let it cast it’s spell over you as Bali Institute takes you on an educational and spiritual journey that you will never forget.